Nolan McKelvey moved back to Arizona from Boston in 2004 after being dubbed "Central to the Somerville (Boston) roots revival" (WBUR Boston) and quickly formed Muskellunge. Over the course of his twenty year career he has performed at the Newport Folk Festival, Telluride Bluegrass Festival, Cambridge Folk Festival, Pickin in the Pines Festival, and many more. Nolan's band won a Boston Music Award for "best folk act", and he has performed on nationally syndicated "Nashville Bluegrass Breakdown" and "World Cafe" radio shows. He has opened for bluegrass legends like Peter Rowan, David Grisman, Jerry Douglas, Tim O'Brien, Bela Fleck, and Sam Bush, as well as broad range of artists including Greg Brown, Jack Johnson, Billy Currington, Sugarland, and Odetta among many more. Nolan has been dubbed "One of the best songwriters of the Southwest" and "Flagstaff's Poet Laureate" (FlagLive!), and was elected "Best Musician,"  by the Arizona Daily Sun Reader's Poll.

Aaron Tyler is renowned across the southwest for his incredible mandolin virtuosity. Aaron has performed in and around Arizona for over twenty years and won the title "state champion" at the Wickenberg Bluegrass Festival Mandolin competition. Aaron is a also a two-time band competition finalist at the Telluride Bluegrass Festival. His playing has been referred to as "adrenolin" for his unmatched speed and dexterity. Nolan and Aaron have been performing together since 1994 in various projects in Arizona.

Tim Hogan has traveled the country in several nationally renowned acts including Acoustic Semi, and the In-Betweens. Tim's "Muskellunge Bass" (Azola electric upright) always garners attention, but it is his creative and melodic bass lines that lay the foundation for the band. He is a phenomenal harmony vocalist and sings the bulk of the harmonies in Muskellunge.

Frank Dedera is a one of the founding members of legendary Arizona band 'Flying South' which included bluegrass legends Tom Rozum and Peter McLauglin. Frank has performed at festivals throughout the southwest and four corners region over his 30+ year career. His clean, creative banjo lines provide the driving force behind the "bluegrass" sound of Muskellunge.

Ron James is an incredibly diverse and talented musician who has been performing for over twenty-five years in every style of music imaginable. Ron has toured extensively on the west coast of the United States, in Thailand, and in Europe with bands including Limbs Akimbo, Onus B. Johnson, and Chuck Hall Band. Ron lives and performs in Flagstaff with several current projects ranging from Jazz, to Rock, to Blues, to Bluegrass, and everything in-between. He is a truly deep and soulful musician whose presence in Muskellunge helps to provide the extra kick that separates them from other contemporary bluegrass bands.

Muskellunge is contemporary, original American music that incorporates the traditions of the past into the topics of today.

Over the course of his twenty-five-year career, Nolan McKelvey has covered nearly every corner of the country and traversed all roads of Americana. From the pavement of alt-country, to the dusty trails of bluegrass, to the gravel roads of classic-country, to the interstate highway of rock-n-roll. Nolan has received critical acclaim along the way from magazines like No Depression, Country Standard Time, The Boston Phoenix, The Boston Globe, and Performer Magazine among many others.

Nolan performed in several bands in Boston, including The Benders, The Resophonics, with Kris Delmhorst, Ry Cavanaugh, The Vinyl Avenue String Band, Jabe, Bow Thayer, and his own 33. He was dubbed “Central to the (Boston) roots-rock revival” by WBUR radio. His bands won two Boston Music Awards (BMA) and were nominated for BMA’s 7 times in his 5 years in the city.  Since returning to Arizona, Nolan was named “Best Musician” by the readers of the Arizona Daily Sun and has been dubbed “One of the best songwriters in the southwest,” and "Flagstaff's Poet Laureate."  (FlagLive)

Nolan’s studio credits include recording with grammy-winner Levon Helm (The Band), Dana Colley and Billy Conway (Morphine), Paul Q. Koldrie (Pixies, PJ Harvey, Radiohead and more), Jennifer Kimball (The Story, Wayfaring Strangers) among many others. Nolan’s songs have appeared on 21 cds to date, he released five solo albums, five albums with The Benders, six with Muskellunge, four with former band Onus B. Johnson and a duo disc with Dave Desmelik.  Nolan's work as a bass player and harmony singer pushes the release list over 75 recordings.

Nolan currently performs his own songs solo, with Nolan McKelvey Trio, with Muskellunge, and he is the bass player in Tramps and Thieves.  He performs regularly in the Southwest, and occasionally on the east coast. 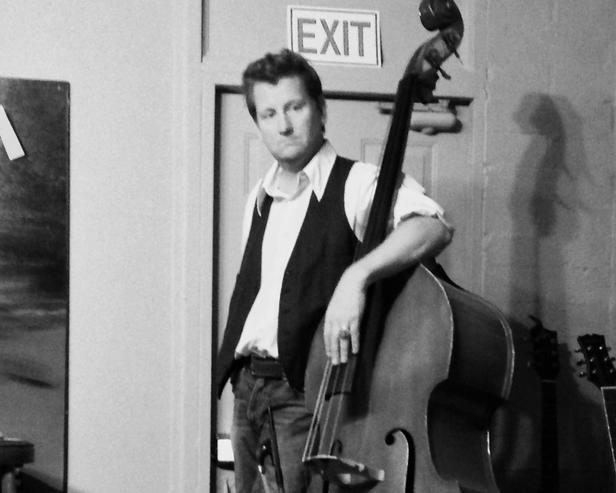